While waiting for a heart transplant at the Fortis Malar Hospital in Chennai, India, a 37 year old man suddenly went into cardiac arrest. Cardiac massage wouldn’t get the heart to start beating again, but then the medical team took the critical decision to put him on an ECMO treatment. After a total of 45 minutes in cardiac arrest the patient was amazingly brought back to life. 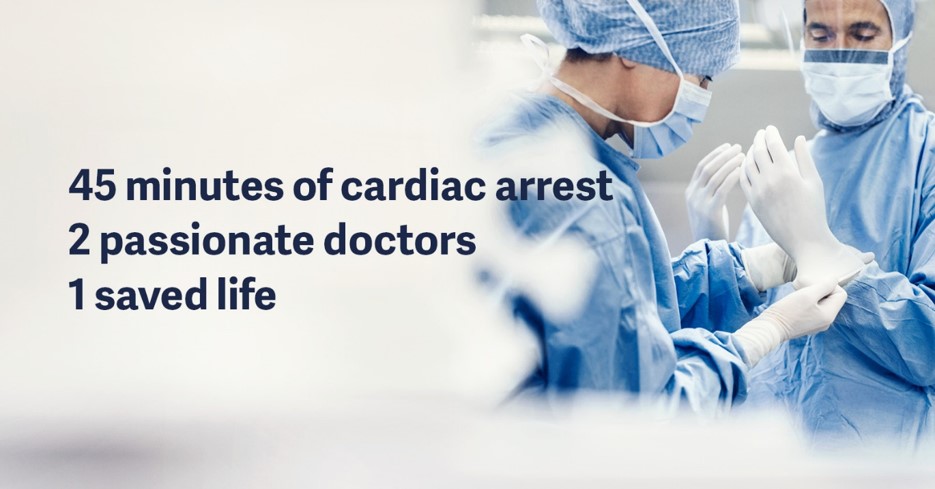 It was finally time for the 37 year old patient from Gujarat in India to receive the new heart he had been waiting for. He was already admitted into the Fortis Malar Hospital in Chennai getting prepared for the heart transplant, when he suddenly went into cardiac arrest.

The patient’s life was in great danger and he was nearly pronounced dead since cardiopulmonary resuscitation and cardiac massage didn’t help at all.

“His heart could still not be revived. But then we put him on an Extracorporeal Membrane Oxygenation (ECMO) treatment and his heart finally started to beat again”, says Dr. Balakrishnan, Cardiac Sciences Director at Fortis Malar.

Thanks to the skills of Dr. Balakrishnan’s team and with the help of the ECMO treatment – oxygenating the patient’s blood outside of the body using Getinge’s Permanent Life Support (PLS) System – the patient was brought back to life. The system consists of the PLS-i Oxygenator and the ROTAFLOW Centrifugal Pump, which provides mechanical extracorporeal assist to support or replace a patient's blood circulation.

The development of Getinge’s life support systems, including PLS, is based on extensive clinical experience and Dr. Balakrishnan is a keen advocate for the technology.

“The procedure is complicated and should only be used when no other alternative remains,” he says. “Used effectively, it can save many lives.”

The patient was in coma for ten days after the cardiac arrest, with an artificial heart pump keeping him alive until he received his new heart four days after waking up. Five months after the ordeal, he was back on his feet again, and is extremely happy to be alive.