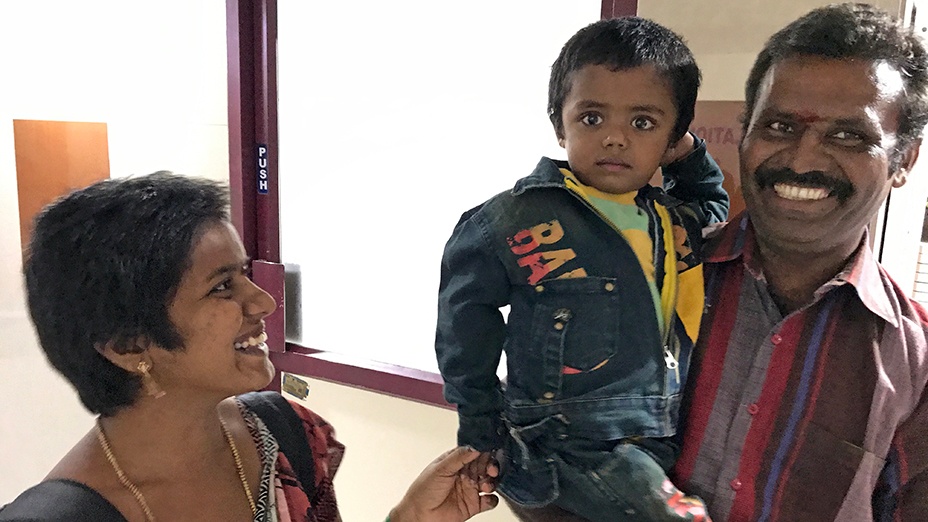 Two hours after the poisoning accident in August this year, little Gitvin was fighting for his life at a local hospital. By the time he was referred to the private Kanchi Kamakoti Childs Trust Hospital, the little boy’s lungs were barely functioning and he was immediately put on a ventilator. After another couple of days, Gitvin’s kidneys and liver also stopped working.

“We were running out of time. The only option left was to use a device to take over the function of his lungs until they had time to heal,” recalls Dr. Bala Ramachandran at the hospital’s pediatric intensive care unit.

Lacking insurance and money to fund the Extracorporeal membrane oxygenation (ECMO) treatment, Gitvin’s parents and the hospital reached out to the Bengaluru-based crowdfunding platform Milaap – and several donors instantly contributed to the quest for helping the little boy breath again.

A cardiac surgery team from another city hospital, led by Dr. K R Balakrishnan, got a green light for initiating the ECMO treatment using Getinge’s PLS System – and eventually all Gitvin’s organs made a full recovery. After a few more weeks Gitvin could safely return home to the house in Nellore together with his parents.

The PLS System, which consists of the PLS-i Oxygenator and the ROTAFLOW Centrifugal Pump, provides mechanical extracorporeal assist to support or replace a patient's blood circulation. This gives the organs the time needed to heal.

Read more about our PLS System