When Argentinian top surgeon Federico J. Benetti consulted with Getinge on the development of a heart stabilizer years ago, intended for a procedure Federico and a few others had pioneered, little did he know he would need it to survive himself one day. 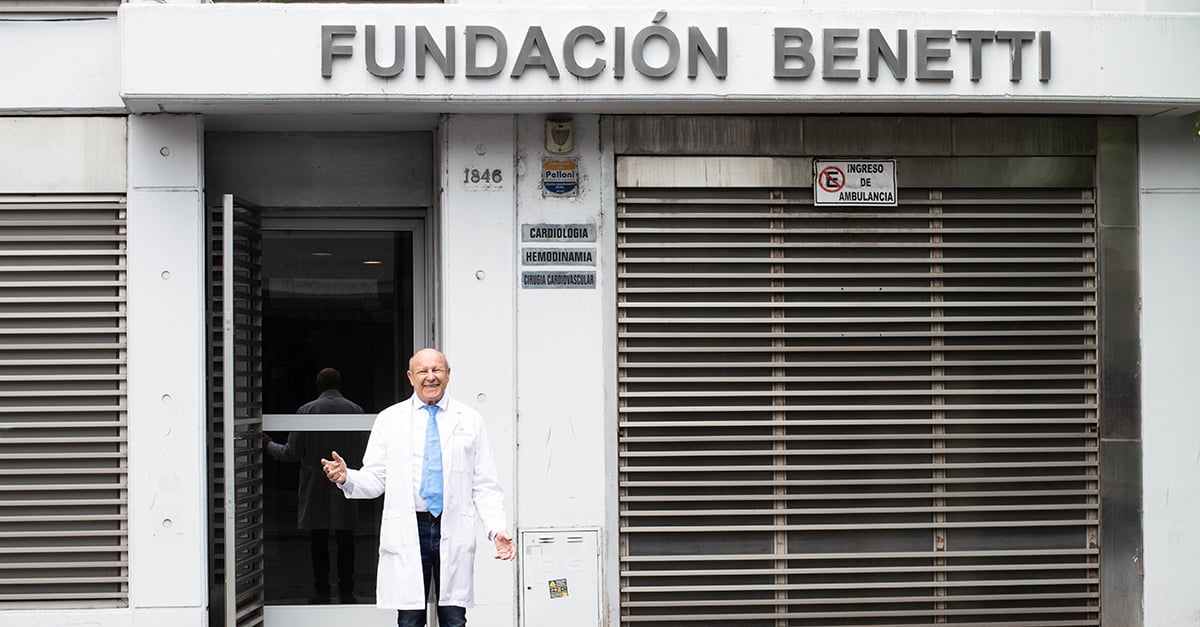 When Getinge’s heart stabilizer Acrobat was developed years ago a handful of top surgeons all over the world were consulted to make sure the customer needs, patient safety and user friendliness were top of mind. One of them was Argentinian surgeon Federico J. Benetti, who was famous for developing several procedures in minimally invasive coronary artery bypass grafting, such as off-pump coronary artery bypass (OPCAB).

Already in 1978, he performed his first groundbreaking OPCAB procedure without placing the patient on a heart-lung machine, and kept the heart beating during the procedure.

“It’s a long time ago but I am happy to say that this patient is still alive today,” says Federico.

Earlier this year, when Federico had an annual routine check-up he was found in overall good health. Two months later, the cardiologist found severe stenosis in his distal left main coronary that required surgical intervention.

“In August this year I had to undergo an OPCAB procedure myself, led by Daniel Navia and his medical team. The very same device, called Acrobat, I helped Getinge develop years ago was used to perform the surgery on my beating heart. What made me feel safe is that I had been part of assuring that the Acrobat product enables OPCAB surgery which reduces the incidence of severe complications such as stroke, and it also makes recovery time shorter.”

“Afterwards I contacted my old friends at Getinge who collaborated with me during the development of Acrobat years back. I wanted to let them know that I had been in surgery, that our innovation was used on my heart, that the surgery went well and that I was recovering.”

His message moved the team to tears; by the simple fact that such an innovator in coronary revascularization had to undergo the very same procedure he pioneered several decades before.

“I want more patients to undergo the type of surgery we developed, that I invented, instead of being put on heart-lung machines. The surgery itself combined with Acrobat is a wonderful innovation. It feels sensational that I have been part of inventing such help.”

Today Federico is getting better and better by every day. He is running a charity foundation in Rosario, Argentina.

“It’s a small clinic but the work we do is extremely important. And I am continuously thinking of new ways to improve patient outcomes. There are always new things to explore, new things to innovate.”