For Christoph Arnold, passion for life is the driving force both when he works with master data at Getinge and in his personal life. When he had the possibility to donate bone marrow stem cells to help save another person’s life, he didn’t hesitate for a second. 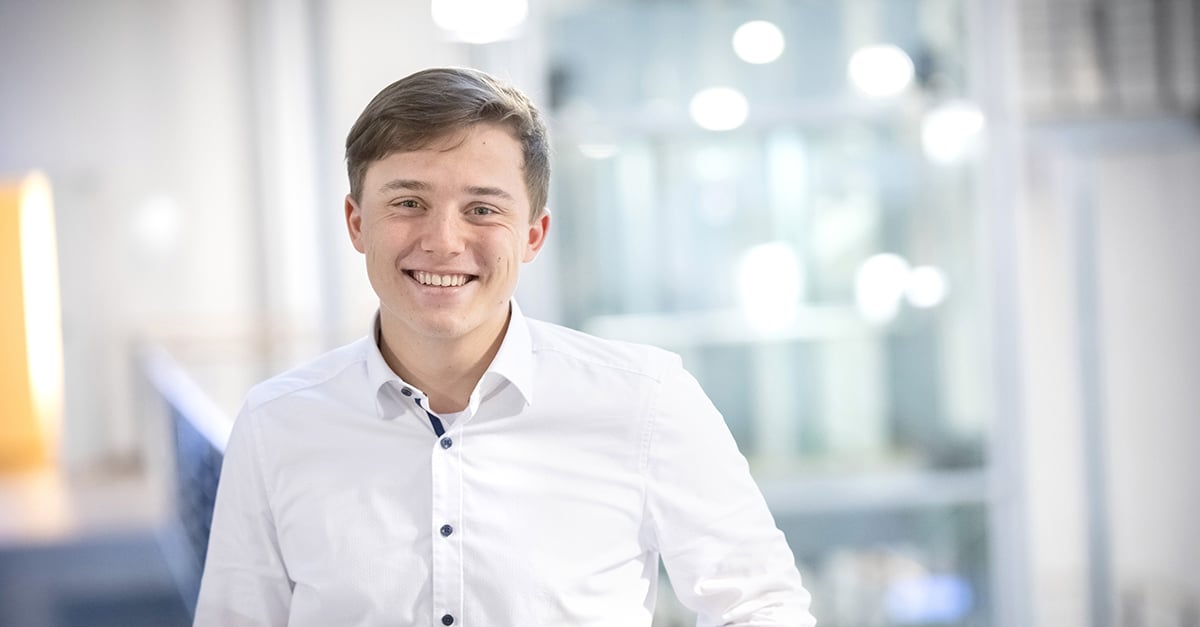 After signing up as a donor by sending in a swab kit to DKMS, an international nonprofit bone marrow donor center, Christoph Arnold immediately felt good about his decision. He knew, that his details were now included in stem cell donor searches for people all over the world in need of a genetic match for a second chance at life.

Christoph didn’t hear a thing in years, until one day when he suddenly got a phone call from an unknown number.

“I actually ignored it since the number was unknown. But then my mother called and told me it was DKMS who also had tried to reach me at her number, so I immediately called back. It turned out I was a potential match for a patient in need of bone marrow,” Christoph recalls.

Additional tests followed and soon it was confirmed – Christoph’s stem cells were a match to a boy diagnosed with blood cancer.

“The patient was really depending on me, so I was more than ready. Although there were a few small risks, I didn’t hesitate at all.”

The bone marrow donation process involved general anesthetic and a two night stay in the hospital for Christoph. A needle was inserted through two small incisions in the skin, at the pelvic bones, and bone marrow was removed.

“Afterwards I felt a bit dizzy and my back was sore, but it didn’t take much time before I got better. All my thoughts were with the patient who was about to get my stem cells and how stressful everything must have been for him.”

Christoph didn’t know much about the patient or how he was doing, he just knew it was a boy between 6-12 years living somewhere in Germany. And he was informed that the donation was completed, without knowing how it went.

“This was in November last year and I knew I wouldn’t get more information in a few months as it was strictly confidential. But I have been thinking about him so much, hoping that he was alive, got better and would stay safe. Especially around the holidays I wished more than anything for him to spend Christmas without fear.”

Just a few days ago Christoph was finally informed that the donation went well and that the boy is doing fine. He even got a letter from him and his parents, who wanted to say thanks for everything.

“They also told me that they could all celebrate Christmas together at home,” Christoph says and smiles.

Hopefully, Christoph and his new friend will get to meet each other in the future.

“It’s a huge feeling, to be able to do something like that for someone else, with such a small effort. I wish more people would sign up. And I think it is good when companies like my employer runs initiatives to make more people sign up as donors. They even put me on paid leave for the medical intervention so that I could rest for a few days, it made a big difference.”

Although people around the world are signed up as potential donors, many patients are still searching for the matching donor they so desperately need.

“It’s really easy to sign up, the donation is not painful and it just takes a little of your time. I would definitely do it again. But another thing I can do is to help spread awareness. Actually sometimes, a stem cell donation is the only option for these patients. By signing up you can literally save lives.”