It is becoming increasingly clear how our way of life is impacting the earth's resources. More and more guidelines are created to reduce this strain. The Regional Hospital in Horsens, Denmark, has taken a number of steps in the right direction and with promising results, in one case by making innovative use of Getinge's patient flow management solution. 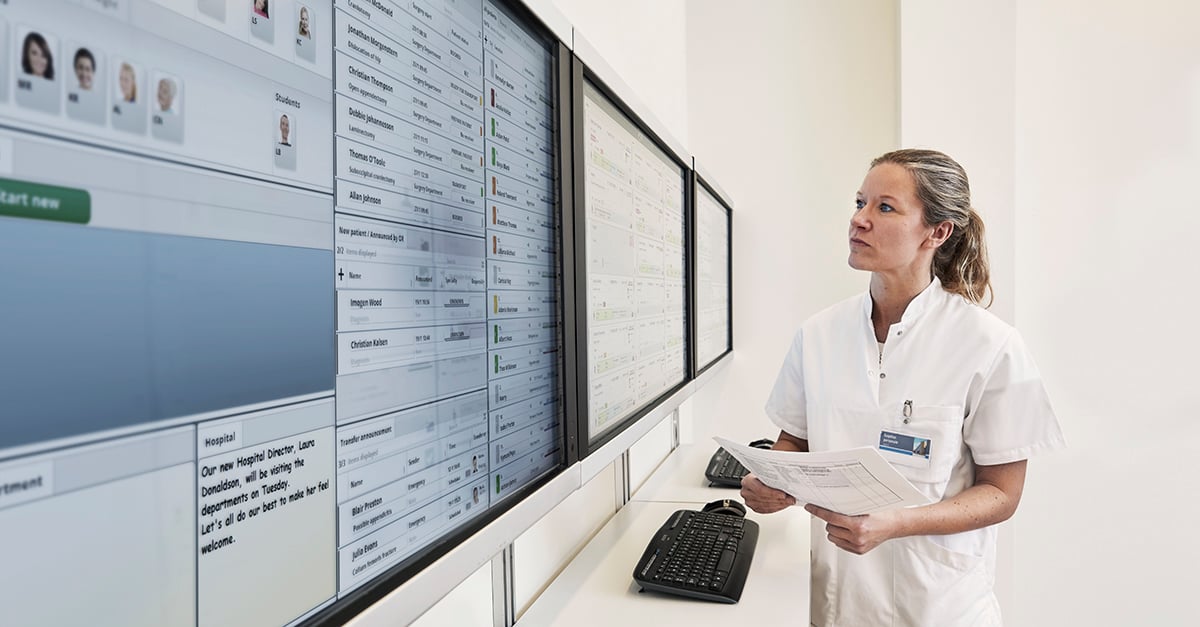 According to the Danish Ministry of Environment and Food, as much as 30,000 tons of food from hospitals, hospital cafeterias, public kitchens and nursing homes goes straight into the garbage every year - an unsustainable situation, which the Regional Hospital in Horsens has tried to tackle.

Through five initiatives, Horsens has succeeded in reducing its environmental impact, while at the same time cutting the hospital's costs. One of these initiatives involves preparing only the food that is actually needed.

It is often difficult for kitchen staff to get an overview of the total number of patients, and which of them require special diet. Without access to this information, it is a big challenge to know how much food needs to be prepared.

In Horsens, this problem was solved by giving the kitchen access to INSIGHT, a digital solution for patient flow management provided by Getinge.

"Usually, INSIGHT is used primarily to plan the hospital's patient flow, from when patients arrive until they are discharged. Because the solution is updated in real-time, you always know the exact number of patients in each ward," says Carin Kuylenstierna, Head of Getinge’s integrated workflow solutions.

Screens showing this information were set up in the hospital kitchen, where the staff could additionally see special dietary requirements.

"Previously, the information that patients with special dietary requirements had been discharged three or four days earlier didn't reach the kitchen, so the food had to be thrown away, because the patients had already left the hospital. This was obviously a waste of food, time and money," Kuylenstierna explains.

INSIGHT quickly played an important role, along with one of the other initiatives, which consisted of using a so-called 'food runner'. This person spends three hours per day going around the various ward kitchens, redistributing food depending on the needs in each department. All to reduce the waste created when the kitchens prepare just a little more food than necessary as a buffer.

With access to the right information, the kitchen staff can now:

Previously, kitchens often prepared large portions of starters and desserts that were hardly touched. Now, individual serving has halved the amounts of these dishes produced.

The other three environmentally friendly initiatives in Horsens involve using organic products, cooking more on site, and enabling hospital staff to buy left-over food at half price to take home on Fridays.

Horsens is a pioneer and is continuing their sustainability journey by identifying even more opportunities to reduce their environmental impact. The next step is to look into how to reduce the use of single-use items such as plates, cutlery and mugs.

In 2012 the Danish Ministry of Environment and Food announced that all public kitchens should be 60% organic by 2020. The figure for the Horsens regional hospital was 19% in 2012, and today 85% of their food products are organic.