Our surgical lights support surgeons all over the world to perform life-saving operations without being distracted by improper illumination. The Automatic Illumination Management (AIM) solution, which enables the surgical team to lean in under the light head without creating one single shadow, is one of the most ingenious examples of the user-focused approach. 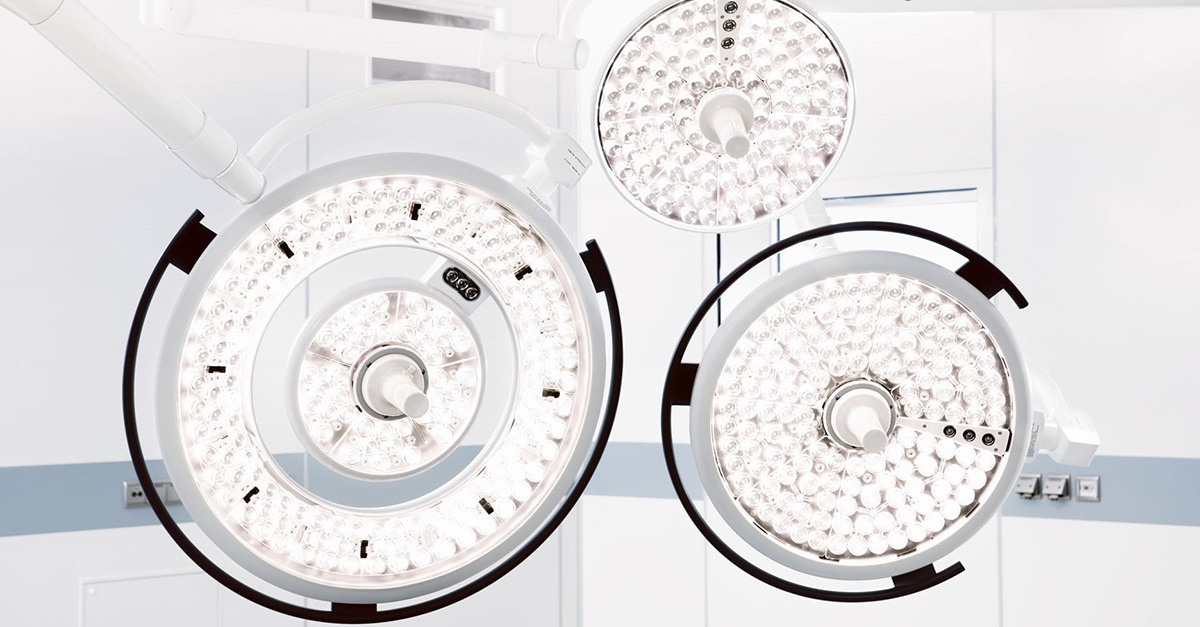 “The development of our surgical lights is guided by a ‘set and forget’ approach. Our aim is to make them so intuitive and efficient that the surgeons won’t even notice that the lights are there after they have been initially positioned,” says Stephane Tabillon, Senior BD Manager High End Ceiling Devices OR at Getinge.

The AIM system, available on Maquet Powerled and Maquet Volista, is one of the world-firsts and gives surgeons freedom to work under the light head without being disturbed by shadows created by their movements.

“Each individual LEDs are designed to create the complete pattern in an overlapping way. A sensor detecting obstacles compensates for shadows by dimming blocked LEDs and increasing the output of the others,” describes Stephane.

With the patented Luminance Management Device (LMD), which is an option on certain Volista models, the ease of use increases since the regulation of the illumination is done automatically based on the luminance reaching the surgeon’s eyes.

At the same time as providing ideal work conditions, the LMD helps ensure total patient safety by guaranteeing that high intensity levels will self-adjust back to safe levels once they are no longer needed.

“You could call it a cruise control that protects the surgeon’s eyes by keeping a constant, no-glare illumination level, no matter if he or she is focusing on a light tissue or a dark cavity,” says Stephane.

The Flux Stability Program (FSP) available on all our surgical light models, also contributes actively to this requirement by ensuring that the illumination remains stable throughout the operation. A temperature sensor is used to detect the drop in light intensity that can occur over time as LEDs get warmer. The FSP system counteracts any light level fluctuation by turning up the power of the LEDs.

A clean air flow is ensured by solutions such as the open ring, “cool flow” design of the Maquet Powerled models. It is totally compatible with laminar flow systems (low degree of turbulence), which are essential for super aseptic surgery.

Surgical light systems should also be perfectly designed for video applications. In 2008, we integrated an HD camera into our surgical lights; setting a new standard for image quality that distinguishes depth on the screen as well as in the cavity. The camera also provides HD images for video conferencing, interdisciplinary co-operation, research and training.

“Our satellite mounting solutions with up to four arms also creates flexibility to make modifications of the light configuration over time,” concludes Stephane Tabillon.

Read more about our surgical lights