Since the start in 2002, the British charity MEAK (Medical & Educational Aid to Kenya) has performed heart surgery on close to 500 children in Kenya. The latest philanthropic mission was completed recently – and Getinge once again supported the nonprofit charitable organization by providing discounted or free consumables, such as oxygenators and tubing packs for this trip. 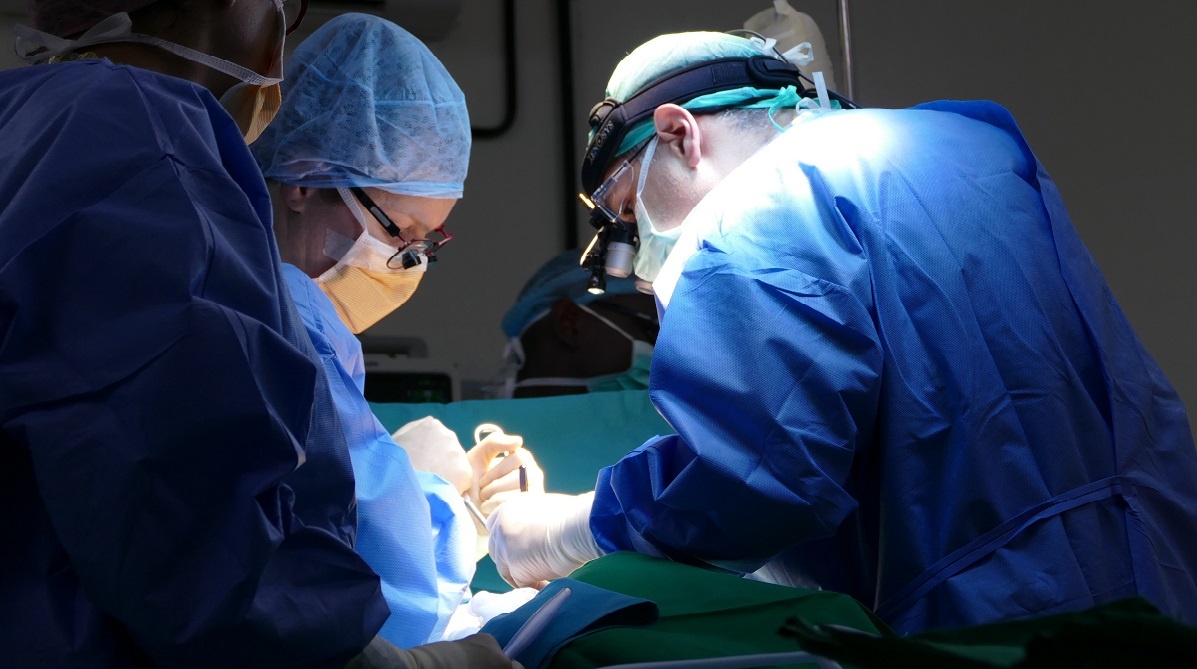 The story about MEAK began in 1982 when British heating engineer Mike Belliere was ‘dragged reluctantly to Kenya’ (his own choice of words) by his wife Dee.

“In my opinion there were better holiday places closer to home,” Mike explains. “However, I fell in love with the place immediately, and we must have been back over a hundred times since then.”

In 1994, MEAK got a humble start as a medical clinic run from the kitchen of the Belliere's holiday house on the Kenyan coast, but the charity quickly grew, much thanks to Dee’s energy. Or as Mike puts it: “She has a huge drive, always trying to do a bit more than the last time.”

Almost 25 years down the road, MEAK has not only completed 23 heart missions. The track record also includes 97 eye missions, reviewing nearly 90,000 patients and restoring sight to over 12,400 people, 17 orthopedic missions with over 550 Kenyans receiving life-changing surgery and 10 dental missions with nearly 4,000 people having dental extractions.

“Not bad for a ‘kitchen table charity’ run by just three people in the UK, with no overheads or other charges. Every penny donated to MEAK is spent on our projects in Kenya,” Mike explains. “We can’t pretend to be a competitor to larger international charities, but few of them delivers the value for money that we offer to our friends and partners.”

The voluntary surgical missions are carried out by a clinical team from the Evelina London Children’s Hospital, working together with the M.P Shah Hospital in Nairobi, that donates their time. This year, the British team was led by Dr. Caner Salih, pediatric cardiac surgical lead at the Evelina, who conducted 21 operations in seven days. 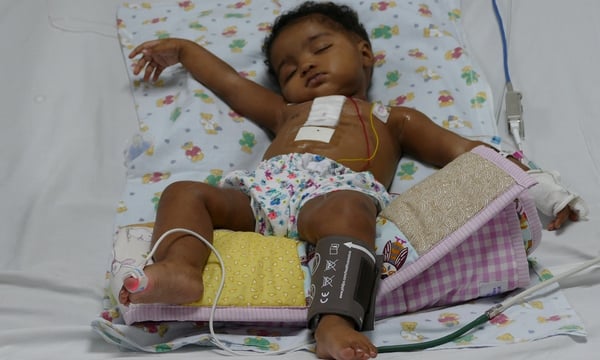 "Getinge kindly supplied various tubing packs and oxygenators to meet our needs,” says Aidan Grehan, Perfusionist to Caner Salih. “With the range of packs supplied for neonate, infant and small adult we were able to plan and complete many vital, complex procedures.  We are very grateful for the help Getinge provided in enabling MEAK to carry out its mission"

Getinge is committed to continuously support MEAK and on behalf of the general management Lynn Calvert, Sales & Marketing Manager ACT in the United Kingdom and Ireland coordinates with passion any necessary operational activities.

Lynn explains: “In addition to supplying the charity with discounted products, we also donate consumables with a short shelf life; knowing that they will come to good use on these time limited missions, which are well within their expiry dates.”

The collective accomplishments of MEAK are impressive, but it is individual stories like this one about little Sharon that give an insight into the true passion for life that powers this unique charity.

Sharon – a long journey to a full life

When Mike Belliere gave an interview on Radio Africa, the interview was heard by a policeman in Kitale on the Ugandan border, 380 km away. He knew of a girl called Sharon, who had a heart problem that made the 10-year-old so sickly and breathless that she was unable to leave her house to play with friends. 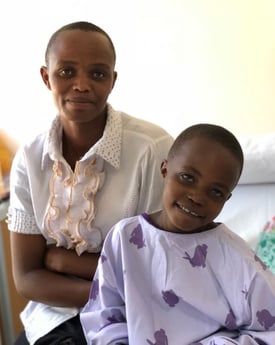 The policeman drove Sharon and her mother seven hours from Kitale to the M. P. Shah hospital. When examined, Sharon was found to have a very large PDA; a heart problem in which the connection between the aorta and pulmonary artery remains open after birth; causing strain on the heart and increasing the blood pressure in the pulmonary arteries.

Ligating the vessel would change Sharon’s life completely, but the heart mission was coming to an end and the operating list was full. Several phone calls were made. Would everyone be prepared to add one extra case to the list? Of course the answer was yes – and mending the little girl’s heart became the very last procedure of the mission.

Sharon’s mother, Priscaca, says: “It was God’s will that, although they had closed for the final day of the mission, the doctors agreed to screen my daughter and decided to give her an operation the next day. Now, Sharon has made a full recovery and is doing extremely well.”