Six hours passed since the 34-year old British teacher’s heart stopped beating while hiking in the Pyrenees – and she arrived to the Vall d’Hebron University Hospital in Barcelona with dilated pupils, asystole (a flat ECG line) and a body temperature of only 20°C. Yet, the Extracorporeal Membrane Oxygenation (ECMO) team at the Spanish hospital brought her back to life. Only one month later, she was back in her classroom. 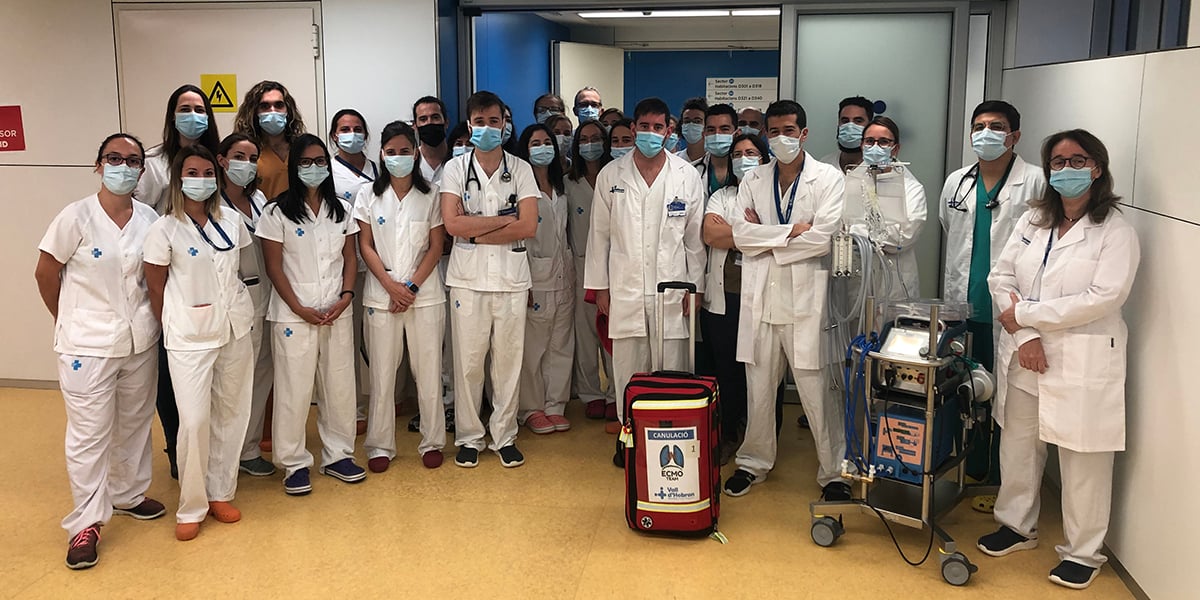 This is a truly amazing story. Not only because no one in Spain had survived such an extensive period of cardiac arrest before, but also because it demonstrates what ECMO technology can achieve in the hands of a trained team of experts.

“This was a very special case. The patient was young, fit and got the right help from the start. The helicopter team did amazing work already on the mountain,” says Dr. Jordi Riera, ECMO Program Director at Vall d’Hebron Hospital.

The young hiker had no vital signs when the rescue team reached her having been delayed by severe winter weather. Their initial treatment and the freezing temperatures that initially caused her hypothermia became an advantage in the long run. 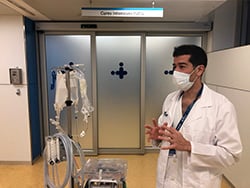 Dr. Riera continues: “The low body temperature made her brain go into hibernation, which enables it to cope better with the lack of oxygen. When she arrived, we decided that ECMO was the only option that could save her, by immediately restoring blood circulation and oxygenation and by progressively increasing her body temperature.”

ECMO replaces the function of the lungs and/or heart by pumping the patient’s blood and oxygenating it outside the body.

”Once we achieved a stable ECMO flow, there were positive signs. Her pupils started to react. It was a great moment when she looked up on us for the first time,” Dr. Riera says.

“The continuous heating process increased the patient’s body temperature with three degrees per hour. There is no need to hurry. The body needs to get back into a non-acute state. When she was up at 30 degrees, we used the defibrillator to get her heart beating again. However, it was still not fully functional, so we kept ECMO going.”

The British teacher was on ECMO for 45 hours and 40 minutes. Her body temperature had reached a close to normal 36 degrees when she was decannulated. She was monitored at the intensive care unit for another six days and left the hospital five days later without any brain damage. After a month she rejoined her students – and today she is back hiking in the mountains she still loves.

The Vall d’Hebron Hospital has seven units of Getinge’s Cardiohelp, one of the world’s smallest transportable heart-lung support systems, weighing 11.5 kilos and easily carried by one person.

Dr. Riera explains: “We chose to use Cardiohelp for several reasons; mainly because its so compact and has the capacity to monitor the saturation of the blood entering the oxygenator and other parameters. This is very important.”

Historically, many ECMO cases in Vall d’Hebron Hospital have been patients waiting for a lung transplant. However, the team has also used ECMO on more than 30 COVID-19 patients since the pandemic started.

“If mechanical ventilation and prone position aren’t enough to fight the infection, we try ECMO. In my opinion, when treated in an experienced center six out of ten patients can be saved,” Dr. Riera says. “Two thirds of our COVID-19 patients are now back to a normal life. One of them is already scuba diving again, which is remarkable because his lungs were wiped out when he came to us.”

This text is intended for an audience outside of the US. Only use this product together with the respective instructions for use.