The idea to create a newer version of Maquet PowerLED, part of Getinge’s surgical light portfolio, began about four years ago. The project team wanted to come up with something that really makes a difference for surgeons and patients around the world. And now it’s here – Maquet PowerLED II. 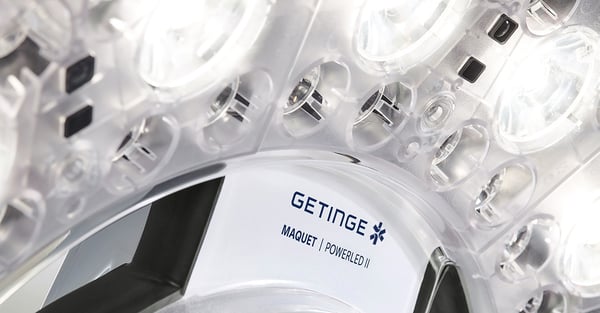 About four years ago Stephane Tabillon, Senior BD Manager Surgical Lights at Getinge’s site in the French city Ardon, started to see a possibility for new innovations within surgical lights.

“We were collecting input from our customers and discovered that there was definitely a need for something new on the market,” tells Stephane.

With a background of twenty years working with surgical lights, Stephane’s colleague Guillaume Gaillot was immediately excited to lead the project of developing Maquet PowerLED II. 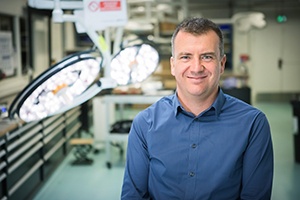 “We began with councils with our in house surgical lights experts, which provided us the requirements we needed to come up with a new solution,” remembers Guillaume.

He shaped a project team, consisting of people from various functions in the company to make sure to develop a product with focus on highest quality and innovative functions at best price.

“During the design phase, we did several prototypes and validation tests to select the best technical solution and fulfill our customers’ needs. One was the wish for a small light patch to be able to operate on a small cavity like for example ears, noses and throats,” explains Guillaume.

During the most intense phases of prototyping the team benefited from using 3D printing, which saved both time and money. 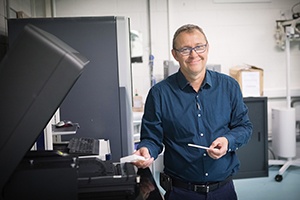 “Instead of sending the drawings to agencies and get expensive prototypes back 2-3 weeks later, we put them in the printer overnight and let it do its magic. In the morning when we came back to work the prototypes were ready to review. This definitely speeds up the work,” tells Laurent Brillant, R&D Prototype Manager who is part of the project team.

Cecilia Valteau who also has been on the team since day one is the R&D Optical Design Manager. In her role, she is involved in all the optical steps of the project. 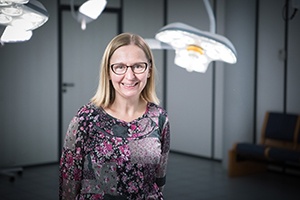 ”My job is to qualify the LEDs, design the optical parts, model the surgical light in 3D with dedicated software, and to simulate expected optical characteristics. Moreover, as an expert, my job is to analyze optical test reports during the entire project”, explains Cécilia. “Everything we do leads up to offering our customers extraordinary lights in the operating room.”

In the project, there have been many other stakeholders involved apart from R&D. For example the Process Engineer in Ardon, Stephanie Pendaries, has been an interface for cooperation with the operators in the factory.

“We wanted early input to create lean tools for the operators. Since we are manufacturing electronical equipment which is quite complicated, we put electronical experts in the assembly line in an early stage to make sure to setup everything in the most optimal way,” says Stéphane.

After months of hard but rewarding work, the project team could show their favorite prototype and present their answers to the requirements.

“It is a long road to walk from an early idea to a finished product. Also in the developing phases there are of course life cycle testing and many validation steps to go through,” says Guillaume. “It is very exciting times for us, launching this new surgical light. We are proud of all the new functionalities and have received the first orders.”

And now the entire project team is of course thrilled to hear what the customers will think about the first installations.

“This is a very technical product, combining different technologies and competences such as mechanics, electronics, software, thermal management and optics. In the requirements we saw the need for new innovative solutions so that is what we bring to the market with our Maquet PowerLED II,” concludes Guillaume.