On a Saturday afternoon, motorcycle enthusiast Eddie Larnerd’s life was interrupted by a heart attack. He nearly died that day, if it wasn’t for his wife Debbie who performed cardiopulmonary resuscitation (CPR) and the medical team who saved him using Getinge’s intra-aortic balloon pump. 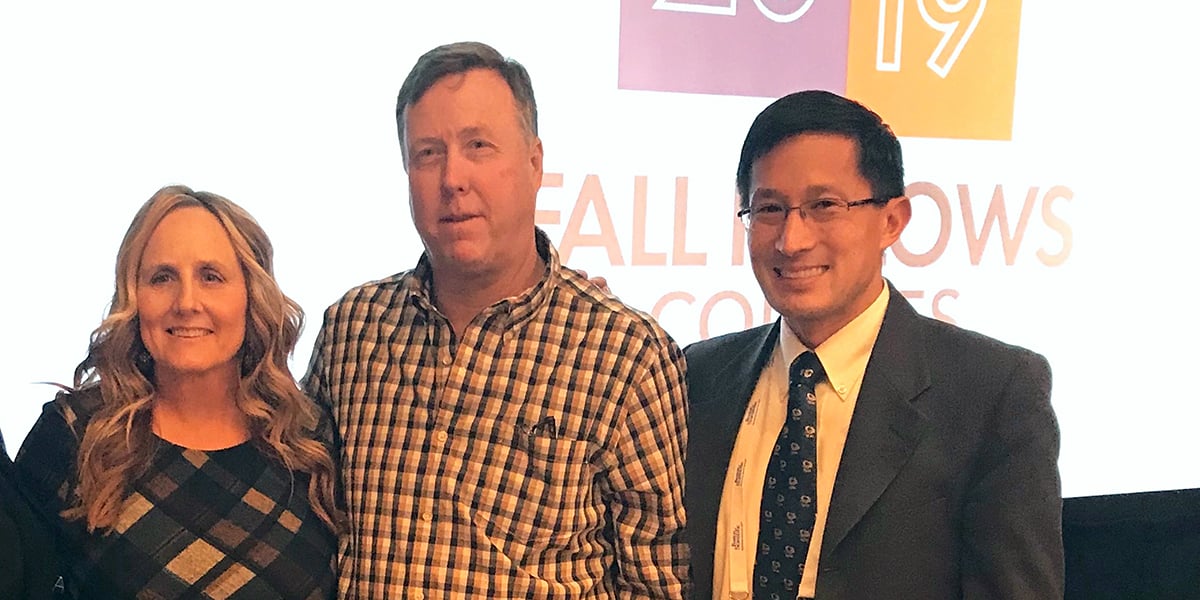 Eddie Larnerd, a 55-year-old motorcycle enthusiast from California, US, had complained about chest pain for 2-3 weeks.

“It all started during a desert motorcycle ride on Fourth of July. I did not feel good at all and went to the doctors. I took the EKG, X-ray and blood test but nothing showed. They sent me home and scheduled me for a stress test a few weeks later,” recalls Eddie.

Eddie visited the doctor multiple times in the following days. His wife Debbie called and tried to get him in earlier for the stress test.

“He had such pain in both chest and arms; it was frustrating to see. Especially while knowing Eddie had a history of heart issues in the family. There was definitely something wrong,” explains Debbie.

Eddie took Debbie to his shop Fast Eddies Race Cars where he build and sell hot rods and race cars. They went through all the outstanding jobs, contact information and bills that needed to be paid. It was as if he knew something was about to happen. Later that day when Debbie woke up from their afternoon nap, Eddie did not.

“I went to bed on a Saturday afternoon; it was my father’s birthday and I died that day,” says Eddie. This is the last thing he remembered.

After leaving the bed, Debbie heard a horrific sound and instantly ran back. Eddie was turning purple in front of her eyes and could not get any oxygen.

“It was like a horror movie. I made a fist and hit his chest as hard as I could, and some color came back to his face. While calling 911 I dragged him to the floor and gave him CPR,” says Debbie.

Debbie stayed focused until the ambulance arrived, seven minutes later, then she collapsed. She was told Eddie was suffering from an acute myocardial infarction, which is the medical name for a heart attack.

Dr. Arnold Seto was on duty at the hospital that day.

“Although by this time Eddie had already had 3 cardiac arrests and 30 minutes of time without his own pulse, we took him to the cath lab with his own rhythm. We went ahead using Cardiosave, Getinge’s intra-aortic balloon pump. There are other more common alternatives but Eddie’s blood pressure was better and his rhythm stabilized thanks to the Cardiosave and the larger 50cc Mega balloon. He was getting enough off-load and support with the balloon pump and I wanted to minimize the risk of complications that can occur with larger bore catheters,” explains Dr. Seto. 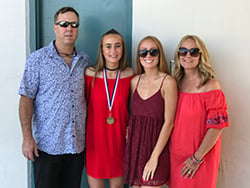 Debbie and Eddie’s two daughters were at the hospital and stayed close to the bedside whenever allowed. There was a big risk Eddie would not survive, or that he would suffer from permanent brain injuries.

By day three Dr. Seto and his team were able to remove Eddie from the balloon pump. On day four, he was extubated.

“As you can imagine he was very tired. In one week, he could stand up on his own. From the beginning, I told Debbie that if Eddie makes it out of the hospital it would be thanks to her giving him CPR. She was a part of the chain leading to Eddie’s recovery,” tells Dr. Seto.

Eddie has since made nearly a full recovery and today, two years later, he is back on his motorcycle. He has no memories of the episode, which is probably a good thing. 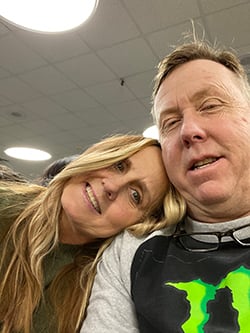 “I went to bed on a Saturday and woke up on a Wednesday with Dr. Seto and my wife by my bedside. They saved my life,” says Eddie with tears of gratitude in his eyes.

Debbie does have memories, along with recurring panic attacks. In the night, she sometimes wakes up and fears that her husband is not breathing, or that he is out on his motorcycle and something goes wrong.

“For a long time during the heart attack Eddie didn’t have any heartbeat, however, he survived, thanks to Dr. Seto and his amazing team. To all the doctors out there I want to say thank you for saving lives. It is not just about the patient, but also about the family and friends of the patient that you are saving. I am forever grateful,” concludes Debbie.